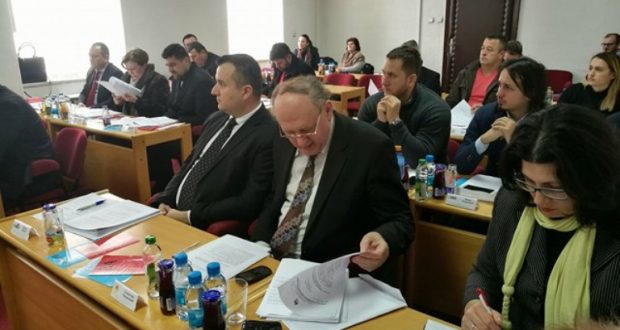 The 12th regular session of the Municipal Assembly was held

Today was held the 12th regular session of the Municipal Assembly of Vlasenica, where the members of the Assembly discussed 25 items of the agenda.

Mayor Miroslav Kraljević praised the constructive work of the local parliament, which he held 10 times in the previous year and made 173 decisions of importance for the citizens of Vlasenica. Kraljević said that a department for development will be formed within the local self-government, which will be the driver of all activities in order to prepare, run and implement development projects in Vlasenica, and it will be comprised of a team of young experts who have proven themselves in the preparation of quality project solutions.

“We want to create a strong development department that will be the driver of all activities in the Vlasenica municipality, with my unreserved support,” said Kraljević. At today’s session, the councilors also adopted the report of the high school “Milorad Vlacic” on students’ success and rule at the end of the first semester, as well as the report on the work of the Office of the Ombudsman of the Republic of Srpska – the seat of the deputy Vlasenica in 2017. Information on the status and health care of pensioners in the municipality of Vlasenica last year was considered and adopted and the decision on determining the average final construction price of one square meter of useful area of ​​residential and business space in the territory of the municipality of Vlasenica in 2017, which amounts to 583 KM.

Jelena Stanic is appointed director of the Tourist Organization of Vlasenica at today’s session, and the duty of the Head of the Department for Physical Planning and Housing and Communal Affairs will be Aleksandar Miladinovic from today.